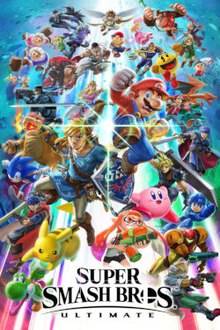 Must be 15 years of age or older to enter. Under 18, need a parent or guardian consent.

Bring your registration confirmation to the event.

Failure to show up after registering will result in no refunds.

Best 2 out of 3
Rules
Style: Stock

Items: Off and None

Mii Fighters: All Mii fighter moveset combinations are legal
Once a player has played a Mii fighter in a match, they must stick with the same movesets for that specific Mii fighter style (Gunner, Brawler, and Swordfighter)
Players must inform their opponent of the Mii fighter’s moveset before the game begins if the opponent requests.